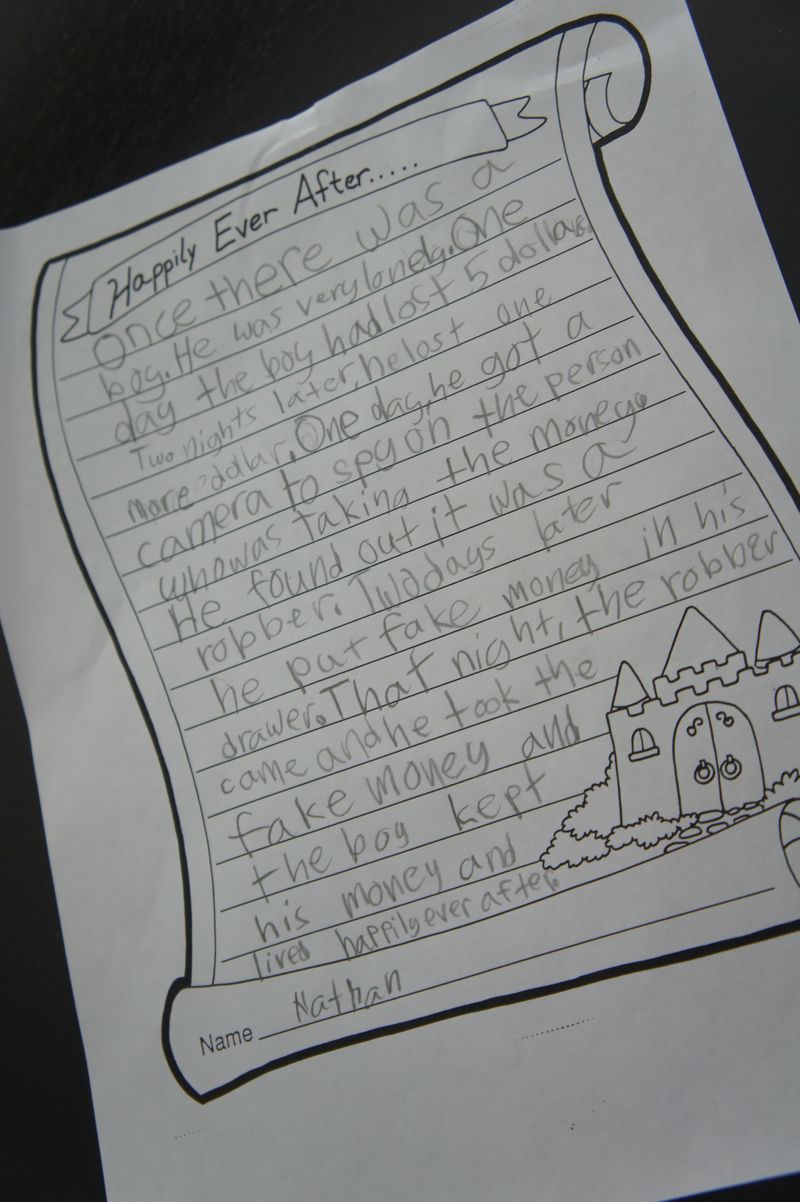 Nathan recently brought home a fairy tale project he completed at school.  I SO had to giggle at his storytelling and imagination!  The jist of the story goes like this:

Seriously I have no idea why my kiddo is writing fairy tales that have to do with robberies and money, but I still found it entertaining!  I think we're all ready for summer break, though!