During a recent game of Uno, the kids and I came up with an invention to make our game-playing much easier.  You see, in the game of Uno each player receives 7 cards each.  Well, as an adult even I sometimes have trouble fanning my cards out so that I can see them all the same time, so of course my 7 and 5 year-old struggle to hold all of their cards out, too.

It was decided we would come up with a remedy for this very serious problem!  Because what you need to know is that we are a family who LOVES to play board and card games together to pass some of our lazy summer afternoons.

Hmm....perhaps we should add it to our summer to-do list.

At any rate, I'm sure Hasbro will be calling any minute because this cute little card holder makes playing Uno soooo much more fun (especially with little kids)! 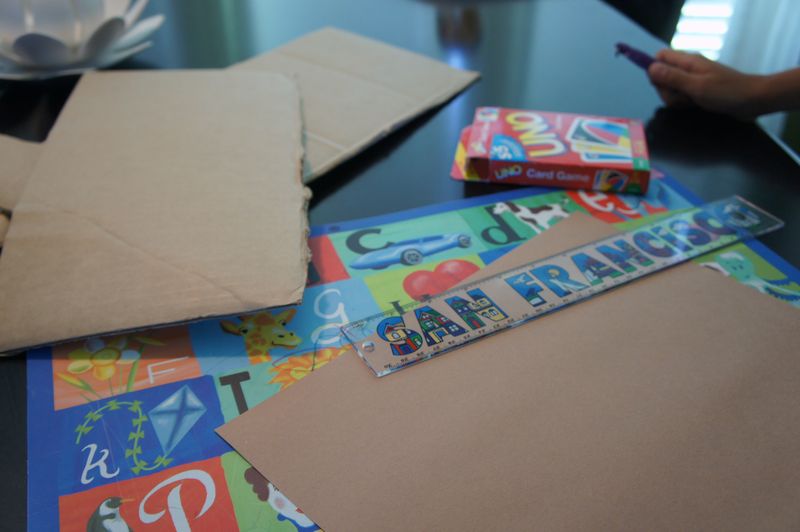 First off, we cut 4 box flaps from a large cardboard box. 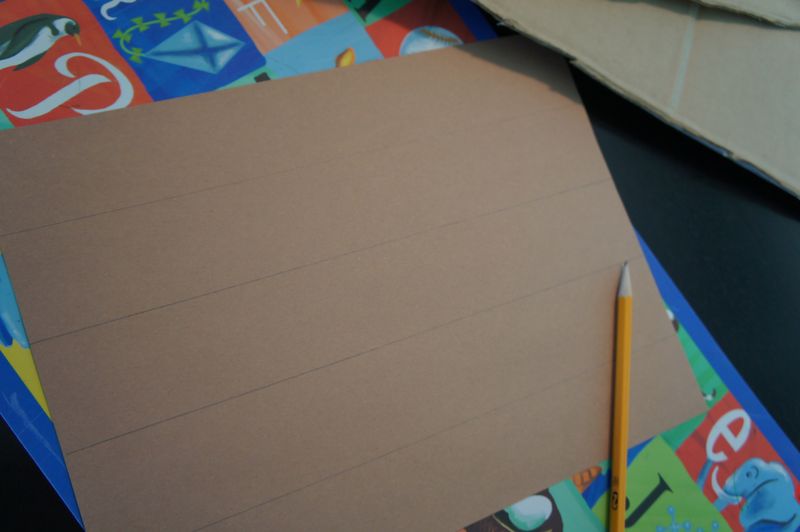 Then took a sheet of brown construction paper and a ruler to mark off strips that were about a ruler's width. 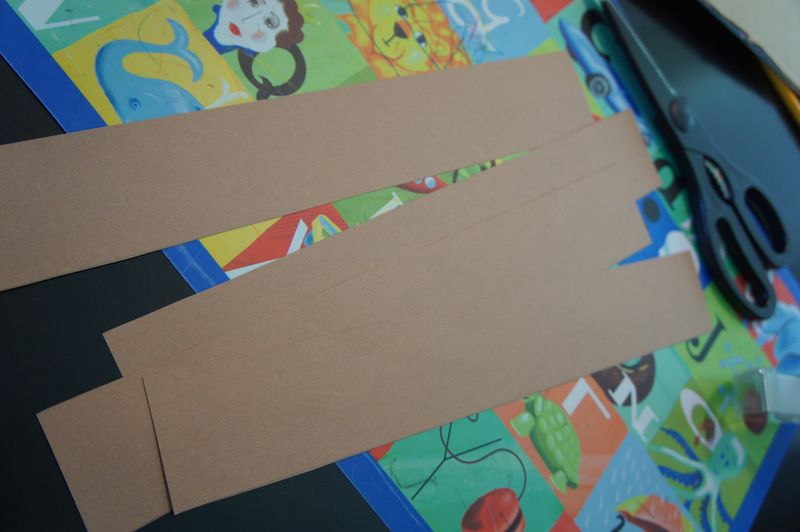 This allowed for about 4 strips to be made per piece of construction paper. 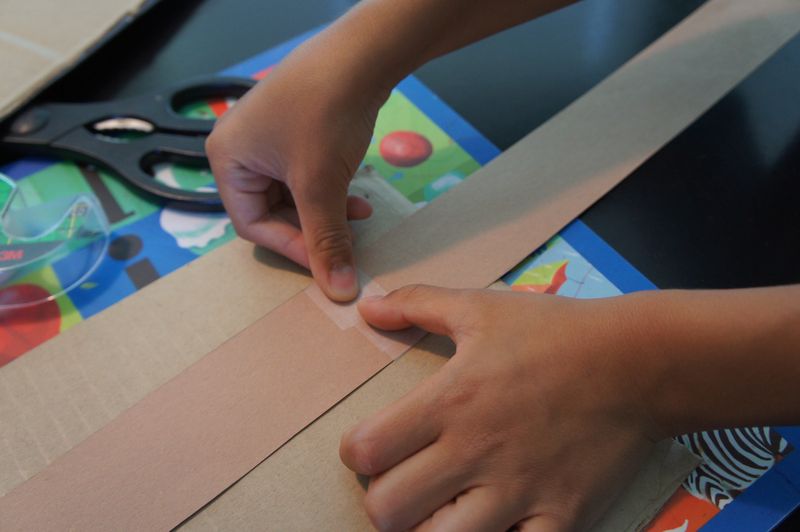 Then we taped two strips of the paper together so that it spanned the entire width of the cardboard piece we'd cut earlier.  This strip would be where the cards would be tucked into.  You'll see how this works later. 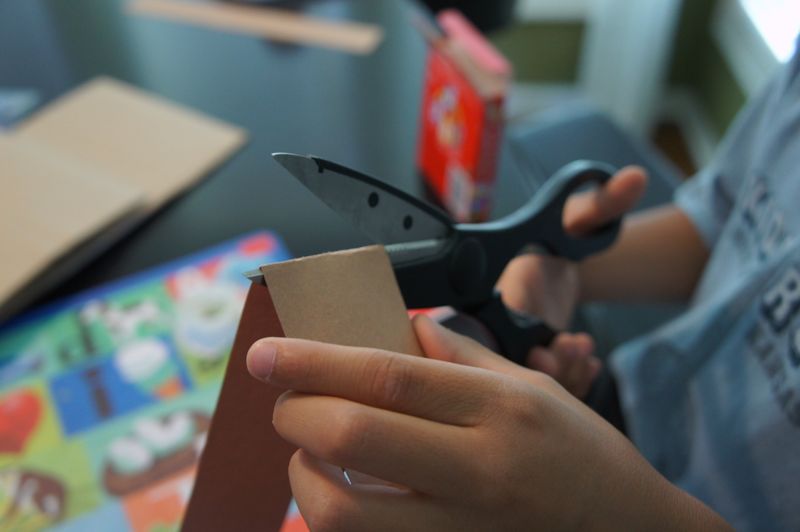 After measuring the width of the cardboard, the excess from the strip of paper is cut off. Then, we side of the strip to the edges of the cardboard piece.  We used just regular Scotch tape on our first card holder, however, we found the clear packing tape worked best for subsequent holders.  Duct tape would probably work just as well! 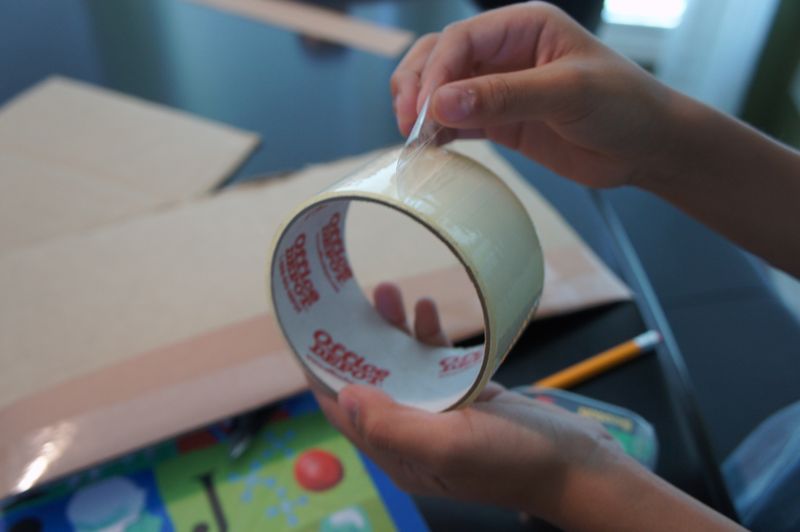 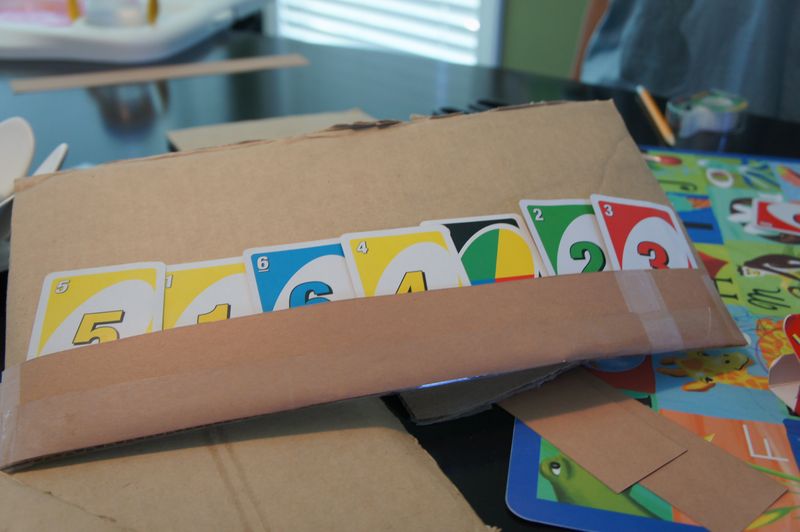 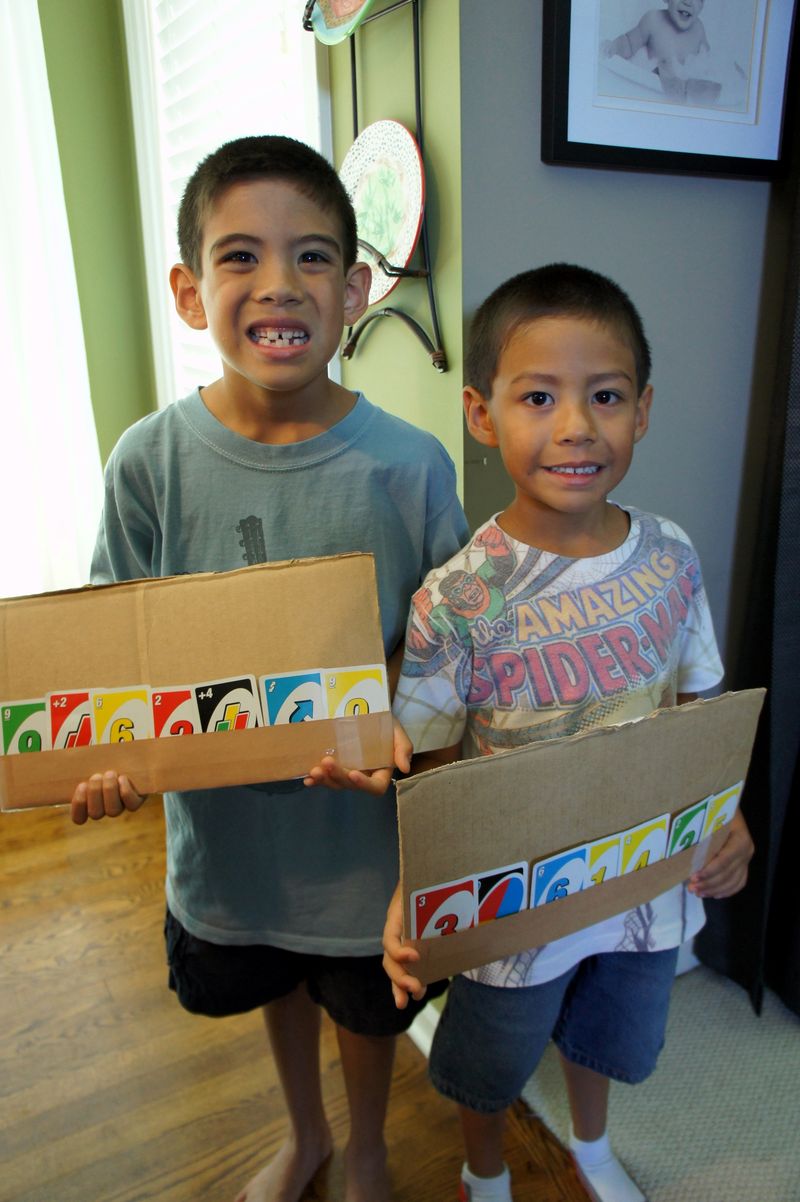 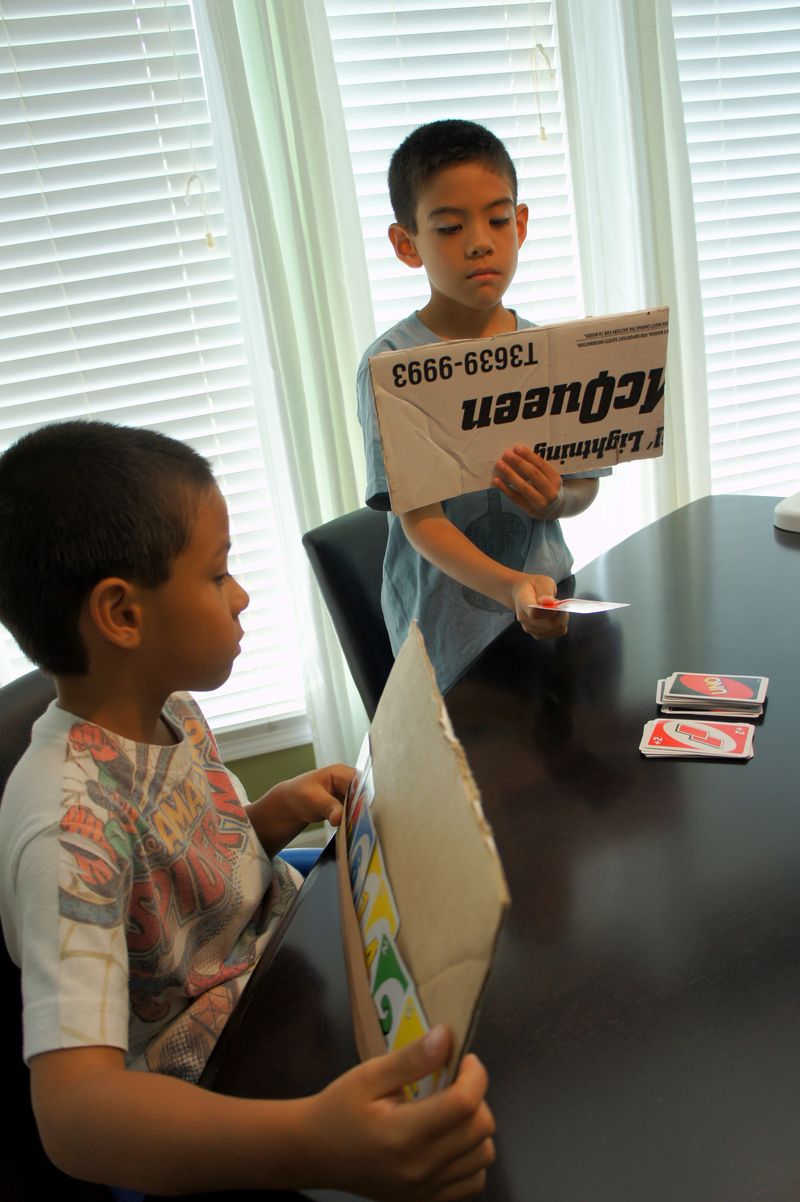 Don't you just love the ideas kids come up with these days?  We ended up making 4 of these card holdersand have used them a few times for playing Uno.  I imagine they will work for other games where cards are needed, too.  Sure beats me having to fan out the cards for my kids every  5 seconds during game play!

OMG you deserve royalties! You know Hasbro will be all over this! Uno has been our go-to game of the summer. My kids like to play with 10 cards or more. Clearly they (or I) cannot hold all of them either. We just put them in piles face down according to color. It's easy to detect then which color each person has. Kids of defeating in this game. So we LOVE this invention! I can't wait to show it to my 4 kids. ;o) THANKS!!

thanks KA!!I would hope Hasbro would reach out with their thoughts...we'll see! :)

Awesome idea! And I especially love that the kids were in on the inventing!

Sorry for the bump. Hope that you won't mind if I use this as part of my coursework research.

You could even fold over the top part
of the cardboard so it rests on the table !!