Breaking it to him easy.

I have to break my son's heart tomorrow.  A couple of weeks ago he applied to become one of 12 kids in the Kansas City area to serve on the Junior Construction Panel for the soon-to-be-open LEGOLAND Discovery Center in Kansas City.  And since that day, he's been asking and asking about when he would find out if he was picked or not.  Of course I kept telling him I wasn't sure since I actually wasn't.  He would of course reply to me, "I am pretty sure they're going to pick me, mom!"  At which point I struggled with how I would explain the let-down and dissapointment he would feel if he was wrong about that.

And here we are.  Tonight I received a form generated email from LEGOLAND thanking him for his entry and saying that out of 130 entries, their 12 have been selected and unfortunately, he is not one of them.  I read this and wept.  Not because I necessarily had my heart set on him being selected. No, only because I knew that my very real job of motherhood would soon meet a new milestone - having to walk my baby through feeling sad, disappointed and perhaps down on himself  for not making the cut.

I've always been one to focus on and praise effort rather than outcome when it comes to achievements.  But I think it's hard for kids to really see the big picture of all of this.  They are so wired to gain things and have something tangible rather than just simply feeling good about trying and doing your best.  Ugh. Why does parenting -- the most awesome job on the planet -- have to be so hard?!

Just this past weekend I held my breath when he entered a LEGO building contest for the second year in a row. 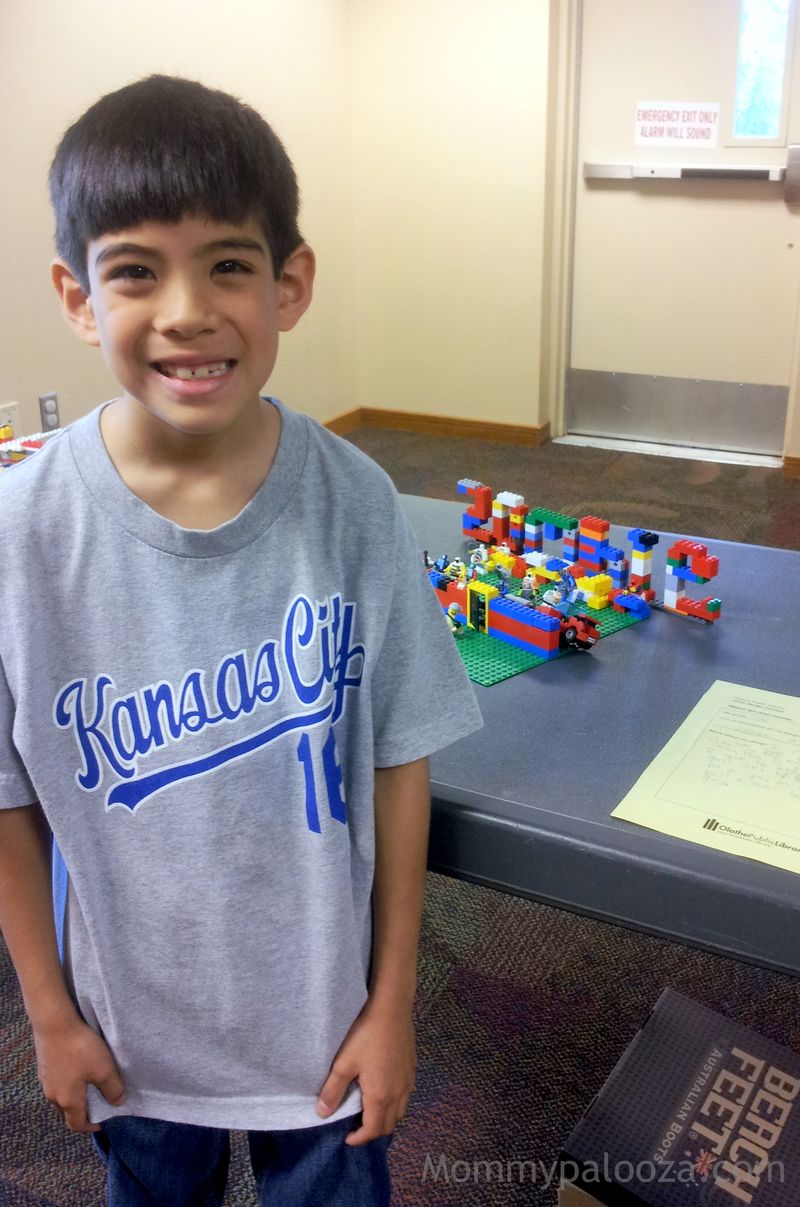 Last year he picked up 3rd place overall in his age division in this first-ever competition.  In this year's competition, which was held this past weekend, he recieved the only Honorable Mention in his age range.  Despite him not actually placing in the competition, you should have seen the look on his face.  I think he was just so darn proud to hear his name followed by the words "Honorable Mention".  I was SO proud! 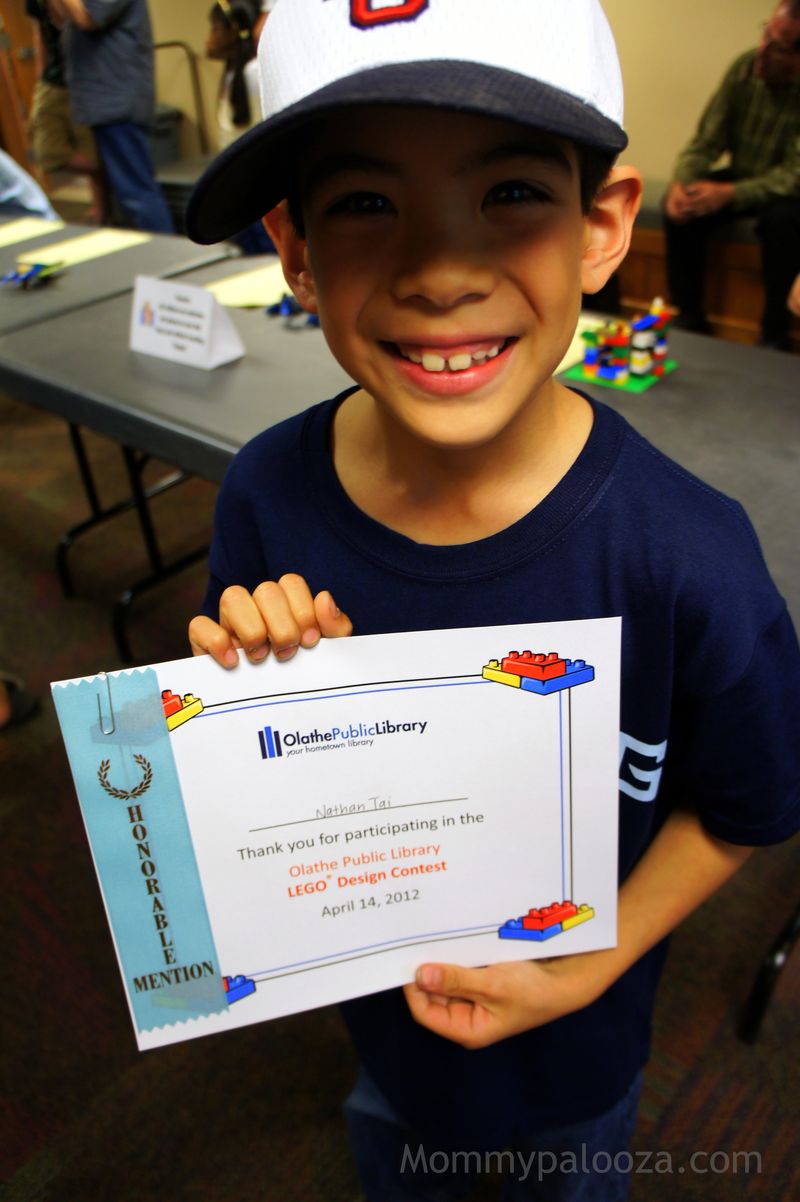 This was the creation he received his award for: 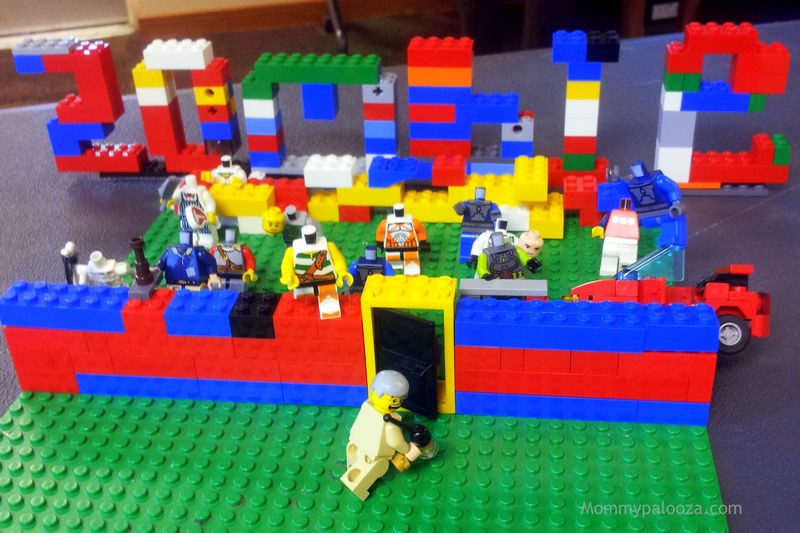 So about the only positive in having to tell him that he was NOT selected for the panel he auditioned for, is the fact that it's coming off the heels of this little LEGO competition that he received some form of recognition for.

It's so important to me that my kids always try and never doubt themselves.  I never have.  I am hoping that these little "lessons" are more painful for myself since I am delivering them, than for them on the receiving end.  My hope is to inspire them to give it their all and always have that never-ending work ethic and to not think about the end result, but rather the process.

Wish me luck in breaking the news to my little guy easy tomorrow.  I think an ice cream treat will definitely be in order by the end of the day!

And, if you're interested in viewing his audition submission, here it is below.  I should also mention there were SO many other deserving submissions as well and I am so very proud of how wonderfully creative kids are! It amazes me beyond belief!

He did a great job on his audition tape and he should be proud of that.

Nice touch with the Lego shirt. :)

Thanks Nina! You are too sweet! I think he will be ok..especially since Disney is coming up in just one week! :) It just sucks having to see your kids let down but it's part of life...just a reminder that they are growing up, despite my trying to stop it!

So how did he take it?

a lot better than i took it! he was totally fine after telling him there were 130 people and that you get to try out every year!

Awww your son is so articulate in that video!