« Big announcement! | Main | My entry for the Cottonelle "Name It" Contest »

It's certainly no secret that around here we love football season.  One of the most fun things about football season is of course -- football food!  SNICKERS® has recently introduced their new SNICKERS® Brand NFL Minis in Walmart stores everywhere just in time for your pigskin parties. 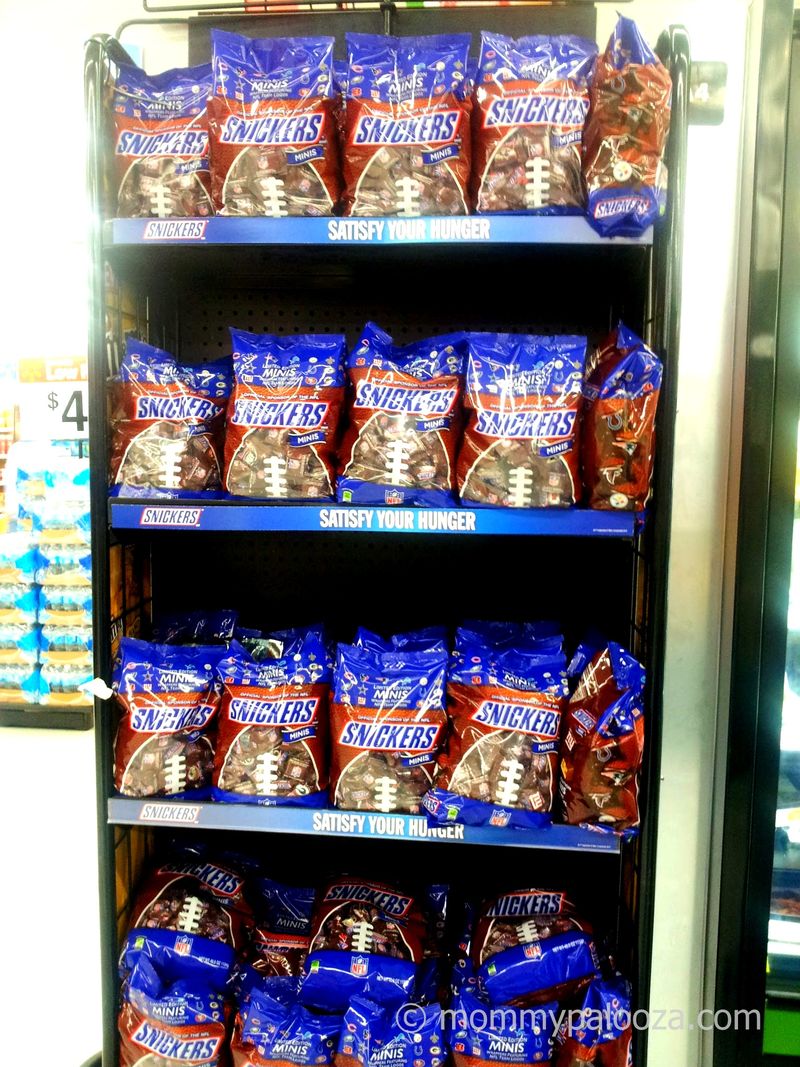 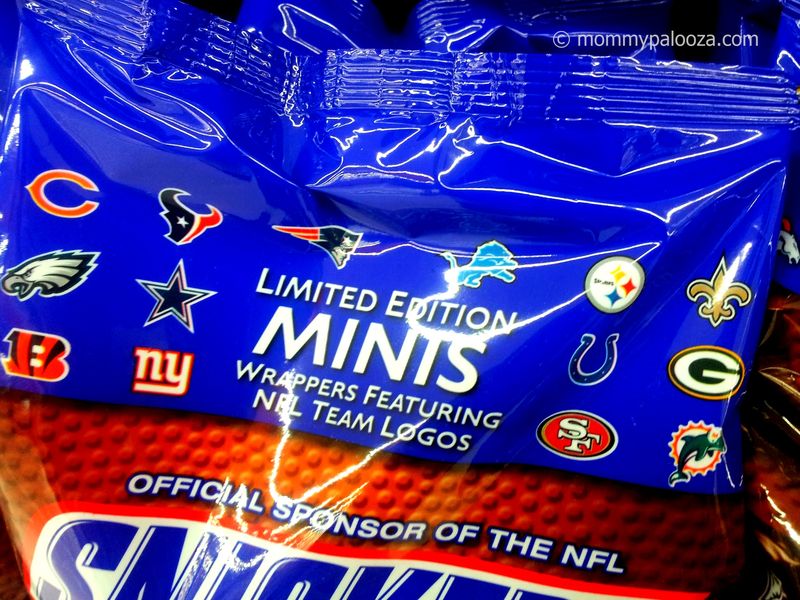 The new SNICKERS® Brand NFL Minis are miniature versions of the SNICKERS® bar that we all know and love that are all wrapped in NFL team logos.  These make them the perfect snack treat this football season while you're sitting watching the games.

Football has been in my family for quite some time.  I remember as a little girl, sitting down with my Dad who always had the Dallas Cowboys game BLARING from our console TV.  I just grew up with football on all the time so now that I have my own kids I find myself reliving it all over again!  What's funny is that I think my Dad was such a die hard Cowboys fan, that it actually gave me an aversion to the team.  No, seriously.  I just can't really bring myself to cheer for them now. (Shhh! Don't tell my Dad that)!  Instead I now cheer for the Kansas City Chiefs since my kids are KC born and proud, plus I do have to admit that I like their program a lot better than the Cowboys'.  Just sayin.  I also have to add that the Chiefs look darn good this year so we'll see how the season ends up.

I also remember taking my youngest brother out for the first ever Houston Texans game out at Reliant Stadium. Wow, what a beautiful place that is!  My brother and I (we both lived in Austin at the time) rented a convertible and drove up to Houston for the game.  We had end zone seats which ended up being perfect and we were able to watch Houston dominate Dallas and win their first-ever home game!  Such a great memory!

And now, as a mom, I am making football memories with my 3 sons.  Two of them are old enough to actually play football so they do and my husband coaches both teams.  My 3rd grader is in his second year of tackle football and my 1st grader is in his 2nd year of flag.  He's so excited to move up to tackle (a.k.a., "real" football") next year and frankly, so am I!  In the fall we live, eat and breathe football! 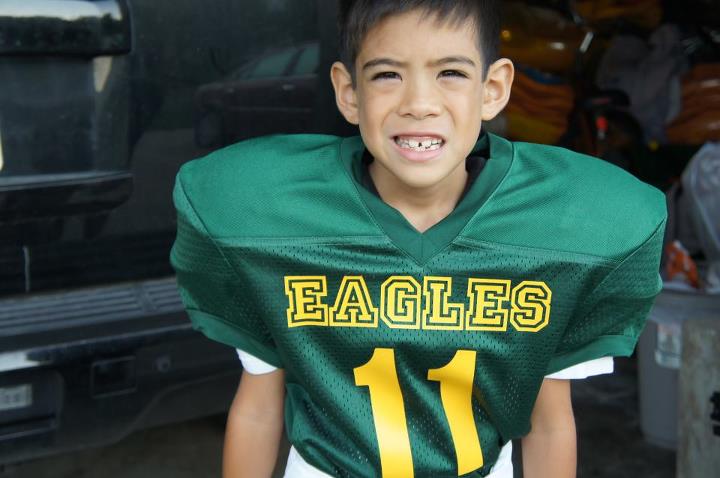 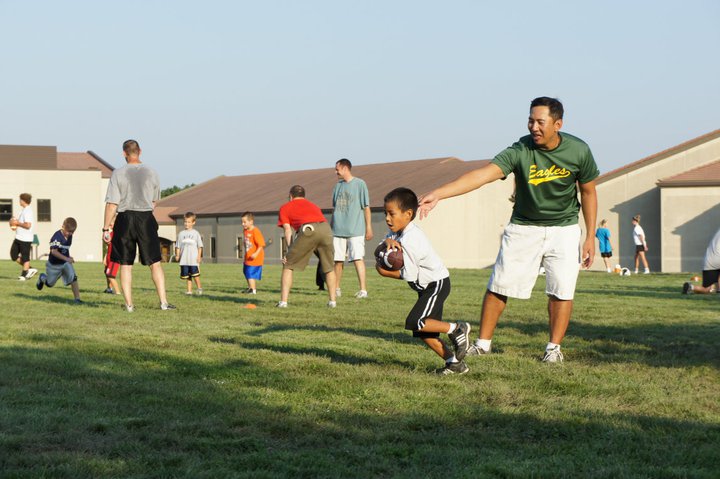 During football season, we keep our TV on and tuned to the latest football game and we love to indulge in football food!  I'm so excited to introduce SNICKERS® Brand NFL Minis to our food lineup this fall!  I can see having these out with popcorn along for snacking while watching the game, or even using the SNICKERS® Brand NFL Minis as part of a dessert -- maybe even s'mores! My kids will love them!  They're also educational -- if you ask a die-hard football fan like me.  What better way to teach your kids all the NFL team logos and talk about who they are and what part of the country they represent, than with this unique bagged candy?! 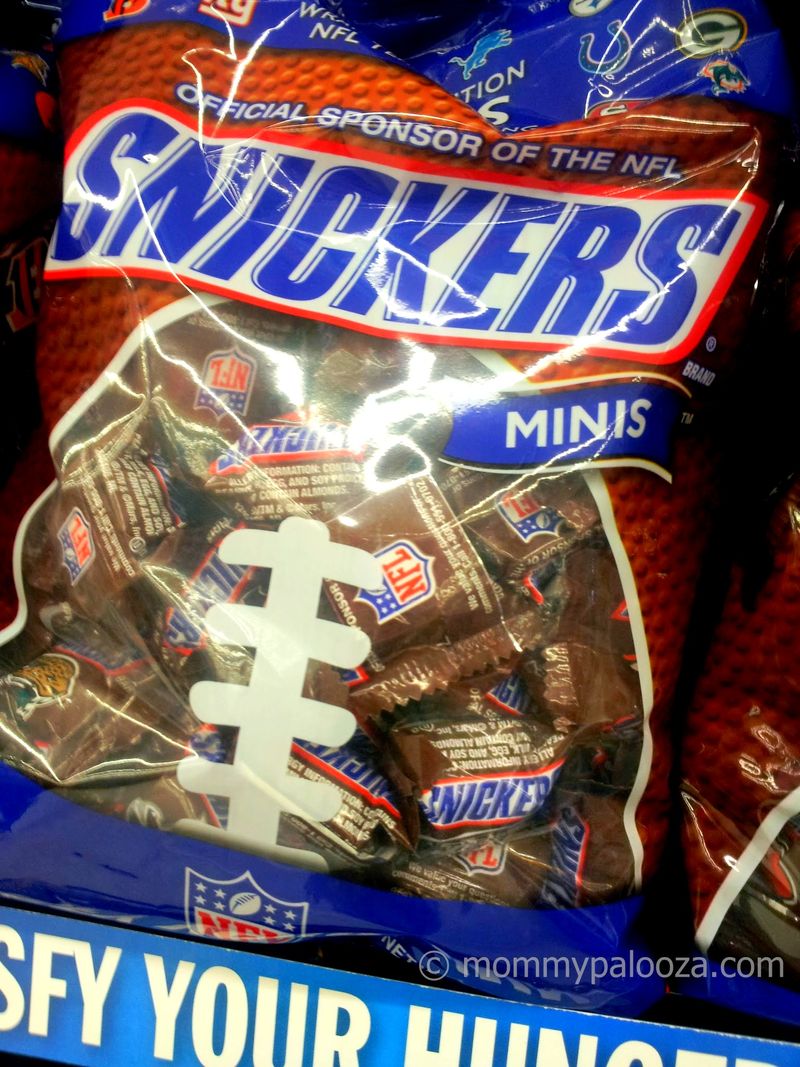 And as if that's not treat enough - there is an insanely awesome Pinterest Party that will be happening from August 29, 2012 through September 12, 2012!  Up for grabs will be $750 in Walmart Gift Cards awarded!  Want more details?  You can check out all the details and instructions about this exciting online Pinterest Party over on ADayinMotherhood.com beginnins on August 29, 2012.

{Disclosure: I am a member of the Collective Bias™ Social Fabric® Community.  This shop has been compensated as part of a social shopper insights study for Collective Bias™ and SNICKERS® Brand NFL Minis #SnickersMinis #CBias #SocialFabric}

Children play the game and the husband coaches, that is great for spending family time together.