I've always said it's no coincidence that I've found myself as the mother of a house full of boys.  I am such a sports fanatic and love that there's no shortage of sports-minded males in my brood.  And, when it comes to sports, football is the ultimate!! Blame it on the Texas gal in me who has fond memories of sitting around the living room on weekends with my Dad as our huge console tv blared the Dallas Cowboys game.  Flashes of the late, great Tom Landry and his infamous hat and stoic facial expression would go across the screen.  My dad be yelling at the tv at players as if they could hear him!  The excitement in our house was contagious!

Yeah, I do love me some football.  And, I love Coke.

So, I jumped at the chance to share this new fun twist on the ol' Super Bowl commercials we've all come to anticipate and love.  Keep reading!

The Coca-Cola Company is excited about the debut of their new 60-second commercial entitled “Mirage” during this year's big game.  The ad follows three groups of characters – a band of cowboys, a gang of “Badlanders” and {my personal fave} a pack of Vegas-style showgirls – as they chase after a coveted & elusive bottle of Coca-Cola.  But what makes this spot one-of-a-kind is that the fans will actually determine who will win the race!  Fans are invited and encouraged to log on to CokeChase.com to vote for their favorite group of peeps while slowing down the others' progress by initiating fun acts of sabotage.  At the end of the game, it will be the fans' actions that will actually dictate how the story plays out and which one of three 30-second ads will air following the final whistle of the big game.  This is a first for The Coca-Cola Company.

I'm also looking forward to tracking my character pick - the Vegas style showgirls - over on Coca-Cola’s Facebook, YouTube and Twitter pages.  There will be real-time updates on the progress of the race.  You can also keep track of exclusive Coke Chase character content and get a behind-the-scenes look on Tumblr and Instagram.

Fans can also show some love to their favorite group of characters and root for their pick by using special hashtags #CokeShowgirls, #CokeCowboys, or #CokeBadlanders.  If you cast a vote ongame-day by tweeting @CocaCola along with your group's fave hashtag, you'll also get responses from the team, including a link to the sabotage page on CokeChase.com where you can continue the fight in the race!

Then, as the final whistle blows after the Super Bowl, Coca-Cola will reveal the winner of the Coke Chase based on the fans' participation in the form of a 30-second commercial that completes the race and storyline.  I'm sure it will be a fight that comes down to the bitter end!  I can't wait!

Here's a sneak at the Coke Chase ad -- watch it and then pick your fave brood of characters to support and follow along until game day!

And now for the giveaway!  Coca-Cola is giving me the opportunity to give one of YOU this fun game-day prize pack to help you celebrate the big game! 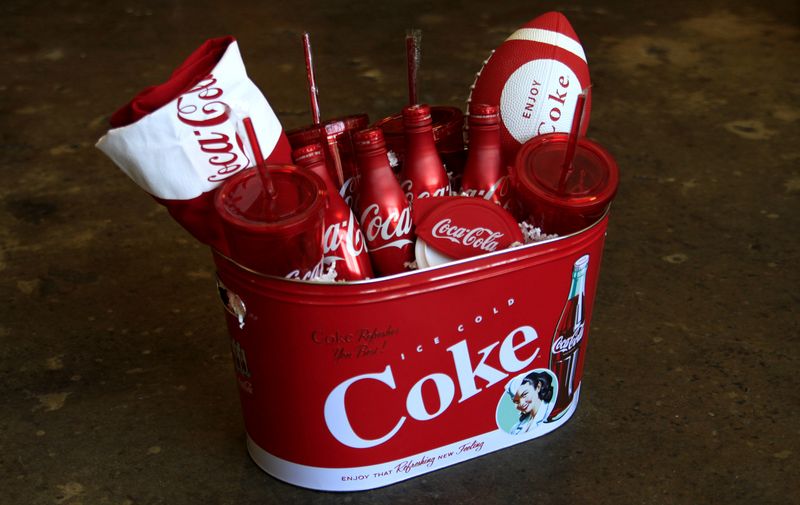 {Disclosure:  I have received a prize incentive in exchange for sharing the details of this promotion and giveaway with my readers.  The prizes for this giveaway are furnished by The Coca-Cola Company.  All opinions expressed are my own - no one is the boss of me!}

Diet coke all the way! My husband loves Vanilla Coke, but it's hard to find.

Regular coke is my favorite

I love the original [regular] Coke.

Diet coke for me

Coke Zero is my family's favorite

my favorite is a can of regular coke

I love the Diet Coke!

I love their original coca cola

Thanks for the awesome giveaway!

Diet Coke is the best... OK I am probably addicted.. but I still feel like there is nothing like it.. love it really cold!

I am about to blow your mind.... I have NEVER drank soda. Of any kind. I dont like anything carbonated. I mean, I've tasted it... but that's about it.

BUT I do love their commercials LOL

@MoscatoMom: U crack me up! My kids don't like carbonation either...not even sparkling apple juice at New Year's time! :) Did you know that the @Coca-Cola product line represents Vitamin Waters, Dasani, and the Odwalla juices?! They also of course have other non-carbonated favorites like Minute Maid juices! :)