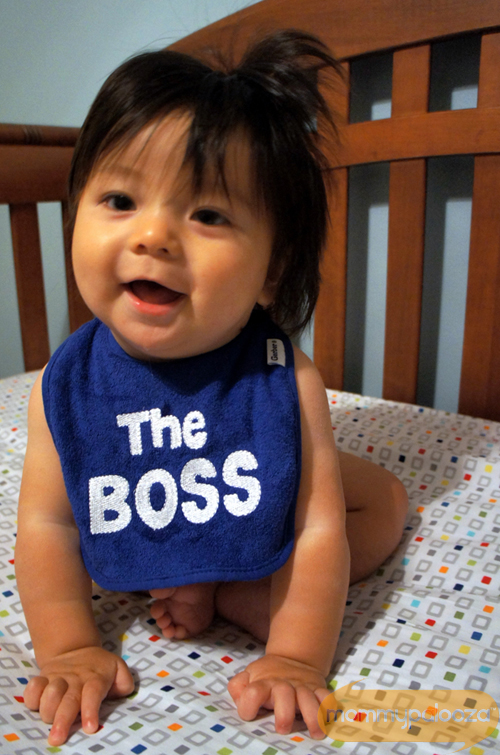 It's unreal to me that Andrew is already 7 months old.  Recently I've been getting lots of "oh, wow, your little girl is SO cute" comments when I'm out.  Despite the fact that he's wearing shirts that say things like "Best Little Brother", it amazes me how people still think he is a SHE.  I mean seriously people.  If I had a girl, I certainly wouldn't have her in "little brother" t-shirts and gray sweatpants.  Ever. I guess some people just don't pay attention to the neck down as far as babies are concerned.

Hubs keeps begging me to give Andrew a haircut but I just keep saying "no".  I can't.  He's a BABY for only so long and I want to wait to give him his first big-boy haircut for as long as possible.  Yes, I know he's got some crazy long hair and yes I know it often gets into his eyes but it doesn't seem to bother him that much.

So what do you think? Should I just bring myself to do it and get over my love of his babyhood, or are you siding with me? I wonder how long I'll be able to stall hubs before he decides to take matters into his own hands!

SO funny...I had the same disagreement with my husband when my son was little. I wanted to wait until my son's 1st birthday for the same reasons you have - they are only BABIES for so long - and my husband wanted it cut ASAP. My son has my father's Puerto Rican coarse, curly hair and - looking back to those pictures - I wish I would have listened to my husband. (That is likely the ONLY time I will ever admit to that.) :)