This is part of a program I participated in on behalf of the The Fred Rogers Company and The Motherhood. As always, all opinions expressed are my own. 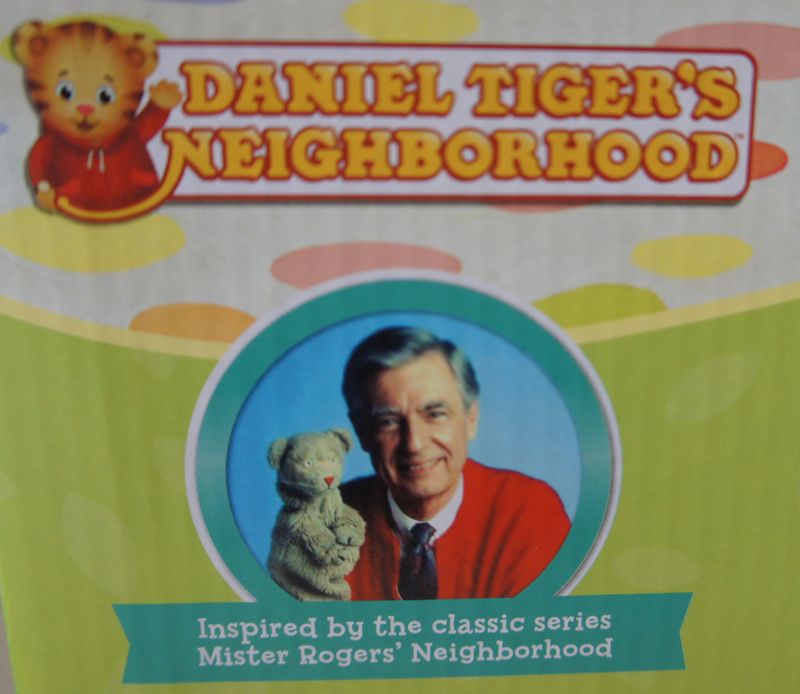 "Could you be mine, won't you be mine? Won't you be my neighbor? Hi, neighbor!"  Ah, the memories of growing up watching Mr. Rogers Neighborhood on the television.  Of course as a kid I never thought twice about my future children being able to have access to the same quality shows, but now I know they do!

My 4 year-old son has been watching Daniel Tiger's Neighborhood for about 6 months now and I just LOVE when it's on and I catch the same jingles I remember hearing from my beloved Mr. Rogers back from my childhood.  I know that when he watches the show, he is learning about real-life situations like being kind, dealing with emotions, and even how to enjoy being more helpful.  The shows always give us something to talk about afterwards and because of that, I truly LOVE it!

Recently I had the opportunity {and privilege} to participate in a webinar and conference call with the creative souls who are behind the creation of Daniel Tiger's Neighborhood.  The first thing I noticed off the bat was how passionate these people are about carrying on the legacy of Fred Rogers.

Angela Santomero, Creator and Executive Producer of the show, shared that it is the animated world of Mr. Rogers Neighborhood, with Daniel as main character, who wears a red sweater and sneakers just the same as Fred Rogers.  It is so evident that a major focus of the show is to preserve the original theme and feel of the show and that the creators and producers are keeping that a priority moving forward.

"Play is the work of childhood" - Fred Rogers

We all know that one of the most enjoyable and cognitive developmental stages of childhood involves pretend play.  The importance of play is something that the makers of the Daniel Tiger's Neighborhood Toys are determined to focus on.  Encouraging lots of open ended play with their line of toys is one of the major goals with the new toy line.   I know that my own kids tend to play with the toys that allow them to use their imagination a lot more than toys that aren't specifically designed with that notion in mind.  They see toys as a chance to expand social and emotional learning beyond the show. I love that Daniel Tiger's Neighborhood Toys is going to make playtime so much more fun and engaging for my kids and me!  And, see for yourself how excited we were to experience Daniel Tiger's Neighborhood Toys for ourselves!

The exclusive line of Daniel Tiger's Neighborhood Toys is available only at Toys R Us stores.  I love that  they encourage imaginative and cooperative play.  Jacob was thrilled to have received the Daniel Tiger plush and the Daniel Tiger Bungalow Adventure Playset {retails for $19.99}. 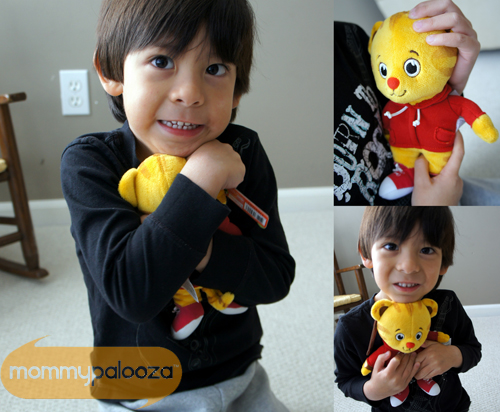 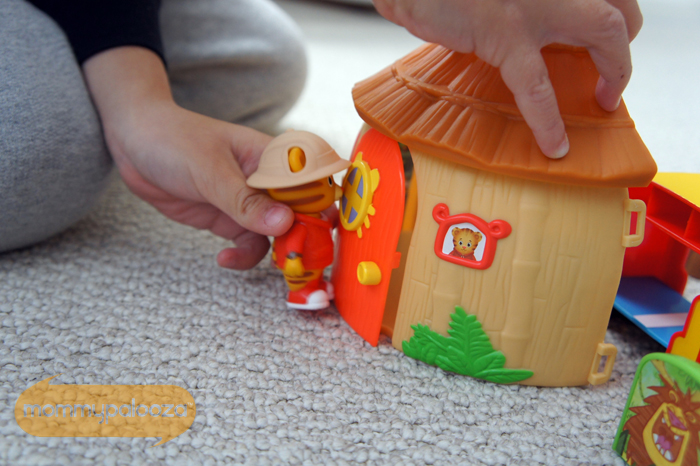 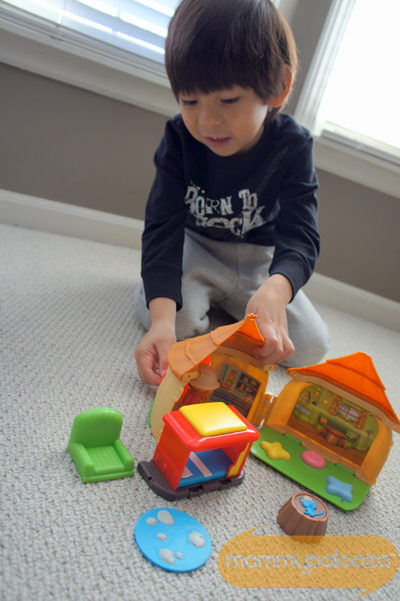 Some of the other fun toys in the Daniel Tiger's Neighborhood Toys line include: 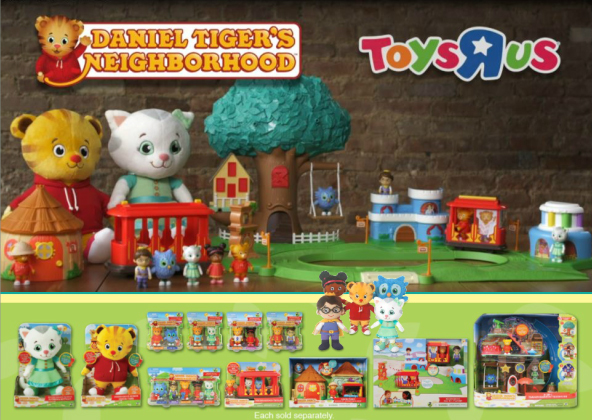 This entire line of toys is an amazing choice for the toddler and preschooler in your life.  I know much of the line will be on my sweet son's Christmas list and Santa will be busy filling his requests!  I am so excited for you to experience the line just in time for the holiday season!

Tell me - what's YOUR favorite piece from the Daniel Tiger's Neighborhood toy line? Which would your kids just be ecstatic to have?

Yes, I agree too, pretend play is an very important part for any child in developing one's self to the fullest. As a mom I encourage my children and make sure that I also be a part of their playing activity.