Baby's Sleeping Soundly Thanks to Dohm By Marpac #SeriousSleep

I was compensated for my review and unbiased opinion of the Dohm by Marpac. All opinons and thoughts shared in this post are all my own. No one is the boss of me! 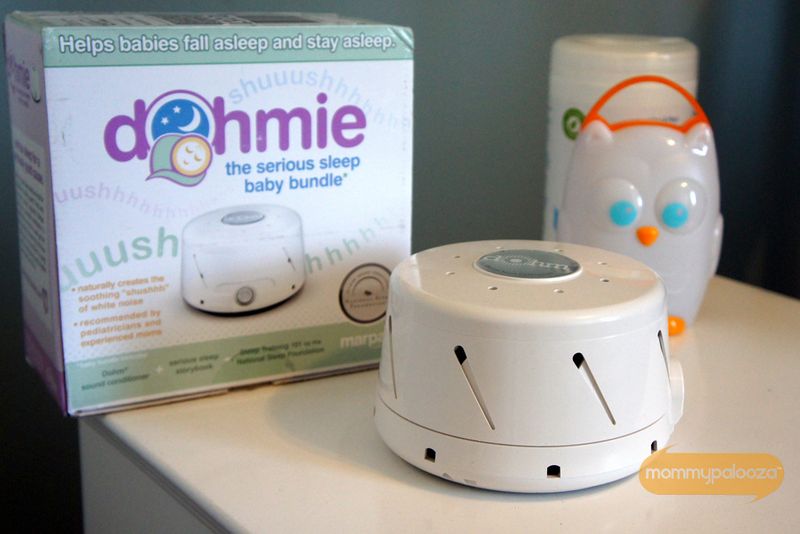 One thing about my parenting that has NOT changed over the past 10 years, is the fact that all 4 of my boys have always, always, always slept alongside some kind of "water" or "white noise" machine.  I think it started back when my oldest was just a newborn. My in-laws would come and stay with us (while their house was being built) and although they aren't particularly "loud" people, I was very much a paranoid mom.  I could find fault with just about anything ANYONE did while my one-and-only baby was trying to sleep.

So, in an effort to drown out the noises of voices, doors closing, and footsteps - not to mention there were new houses going up on the land just next door and behind our home - I turned to clocks and machines that had built-in noises like ocean waters and rain.  I thought this would help my sweet Nathan sleep more soundly and it just sort of became my peace of mind. And now, 10 years later, that same sweet baby boy still sleeps with it.  In fact, all of my boys do.

You can't even imagine how excited (truly!) I was to be given the opportunity to try out and review the Dohm by Marpac. What's even more crazy is that my 3 older boys fought over whose room the Dohm would go into. I told them that since just about everything else the baby (Andrew) would have in life was certain to be a hand-me-down, that HE would be the one to get the shiny, new Dohm! They agreed it only made sense, since after all, he's the baby in the house who always seems to be napping.

As soon as I opened the box, we placed it into Andrew's room and he has been using it each and EVERY time he sleeps.  Yes, including naps.  Honestly, I love the steady, constant, soothing white noise it emits and prefer it to the other machine he'd been using before which mostly had water sounds.

What I love about the Dohm is that it creates a natural white noise to help babies fall and stay  asleep, allowing the rest of the family to carry on with normal household activities. Case in point: my sister, brother-in-law, niece, mom, and stepdad all came to visit during Christmas week.  I was able to easily move the Dohm from Andrew's room into our room (where he was sleeping in a crib while our guests used his room) and it made the holidays much more enjoyable. He was still able to somewhat maintain a napping schedule even though we had many people in the house carrying on many different activities.

I created this short little video demo to show you just how well it works in our home: