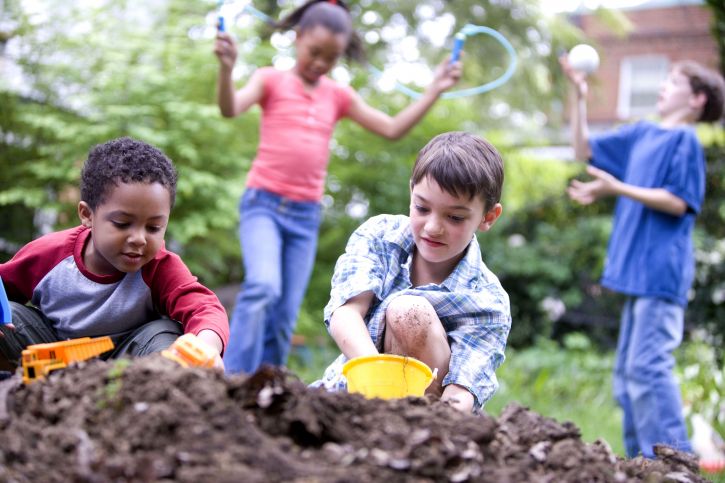 Parents are guilty of letting the children’s school teachers do some of the heavy lifting. It’s not a direct thing; it’s subconscious. When you know there are P.E classes as school, it’s tempting to think “well, at least they’ve got some exercise for the day.”

Kids are like energy bunnies – they never stop bouncing. And, if they don’t get rid of their pent-up aggression, then things can turn nasty. Anyway, staying active is essential for children as childhood obesity is on the rise.

Parents, it’s time to take back the classroom and become the leader. Here’s how to encourage your kids to workout more.

Like some parents rely on teachers, we can also count on organized sports. If they go once or twice a week, it’s almost as if that’s enough for them. However, the truth is that they need at least one hour per day according to the CDC. Clubs and extracurricular activities are a good start but they are by no means the end. Moms and dads need to push their sons and daughters to do things outside of the scope of sports. For example, get them to ride their bike or play catch with their pops in the garden.

Turn Off The Internet

Now, this isn’t straightforward because a wifi router has become a staple of home life. Without a connection, everyone will suffer and not just the kids. Still, you don’t want them to stay in their rooms all night playing video games and being a recluse. A savvy move is to check out Suddenlink Communications and their data plans. Sneaky parents can choose one which they know will run out at some point during the day. When it does, the kids will have no other option but to use their imagination. Conversely, you can remove the plug and only turn it back on after they’ve done something active.

Unless It’s Another Reality

Nintendo Wii was the pioneer of active computer games. Today, virtual reality headsets are taking over and the industry is hitting a new level. For kids, they can pretend as if they are in a real-life environment thanks to the technology. The reason this is great for parents and children alike is that it keeps them active while making it fun. Children love running around on one-player shooter games or boxing, and now they have to tools to do it without sitting down eating chips. Headsets are expensive but worth it for the sake of their health and well-being.

Moms and dads can’t help but be protective because it’s part of the job. However, being overbearing is unhealthy in so many ways. From a health perspective, it stops them from socializing with other kids and participating. When children are together, they tend to be more active than usual because they bounce off one another and have fun. Sometimes, you need to let them out of your sight to keep them fit and independent.

Are you guilty of not pushing them to do more? How can you fix the issue?