« How You Should Act After You’ve Had An Accident At Work | Main | Buying Home Appliances: Key Advice » 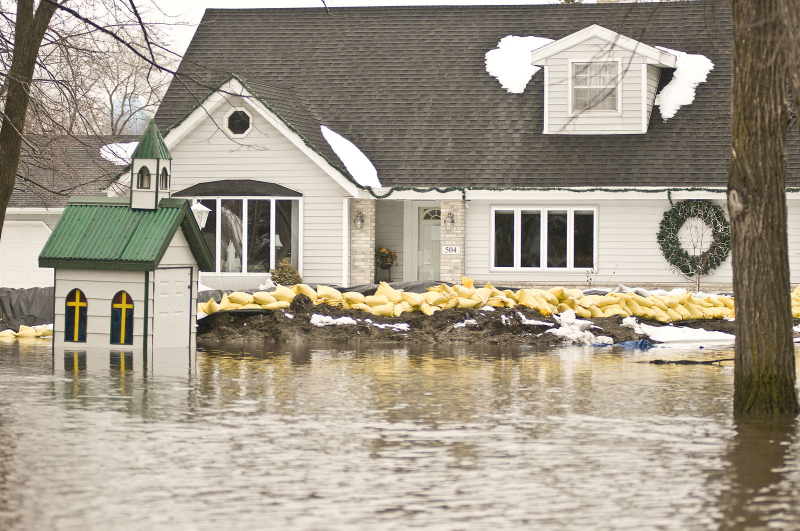 Think of water damage and you instantly think about a horrible day in the fall or winter. They are the seasons that are the worst weather-wise, so that’s when it will happen. Summer is dry and warm and, therefore, not a threat.

However, it’s not as if it doesn’t rain from June through August and beyond. And, when it does, it can be as damaging as when the heavens open in November or December.

How is it possible? Take a look at the following to find out more and to protect your home.

Showers aren’t light any more. Because the seasons are up in the air, you’re as likely to see torrential rain in July as at any other time of the year. The people of Louisiana won’t forget the storms that have hit them repeatedly in the last couple of years. Sadly, the rain has always been a fixture in the summer due to the fact that the air is warmer. As a result, it’s able to release more moisture into the air, which returns as rainfall. Now that global warming is intensifying the process, it’s not rare to see floods.

One reason water damage is a thing in the summer is because of forgetfulness. You know there is a slate missing on the roof and it needs fixing, but you forget. Why? It’s because the weather is nicer and doesn’t provide you with a reminder. Instead of hiring roof repair experts to mend the flaw, you leave it until the heavens open. Suddenly, there are leakages everywhere and you have to be reactive rather than proactive. The best course of action is to take care of a repair regardless of the month. Otherwise, it will get worse and the issue will escalate over time.

Gutters still get blocked in the summer. Yes, there isn’t as much debris around as leaves are on the trees and not swirling around the garden. Still, leaves aren’t the only things that create blockages. A build-up of dirt and grime will turn into a sludgy substance once it mixes with water. All it takes is a small shower and the opening will clog and start to retain H2O. Once it gets too heavy, the plastic will break and the water will flow into the house. Maintaining your gutters, then, is an essential task even in the summer.

Summer is one of the main times to go on vacation and leave the house to its devices. However, if you don’t cover every base before leaving, it might be vulnerable to the elements. For example, an open window will let the rain into the house and there isn’t much you can do about it while you’re hundreds of miles away. If you’re going away for an extended period, you might want to turn off the water completely. Or, ask a neighbor to check on it until you get back.

Water damage happens in the summer, so are you ready?